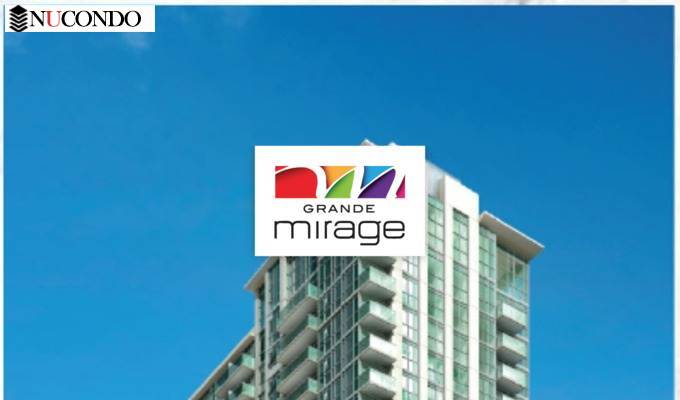 Grand Mirage is a new pre-construction condo building development by Conservatory Group located at south of Highway No. 403,west of Confederation Parkway , Mississauga.

The unit size is ranging from 583 to 950 square feet with prices starting from upper 200k.
This is a 22 stories Condo building.

Grande Mirage takes its design inspiration from the 5-star resorts and elite communities that can be found at the world's top vacation destinations. This exuberant cosmopolitan flair can be seen throughout the luxuriant park-like setting.
Situated on beautifully landscaped grounds complete with ornamental shrubbery, flower beds, manicured walkways, outdoor patios and more, this is a place where you can enjoy an atmosphere of natural tranquility right outside your front door. The centrally located tennis court and recreation centre further add to this resort-inspired ambience to create a superior atmosphere of unmatched prestige.

One Park Tower (Mississauga) ( ~0.39 KM )
One Park Tower is a skyscraper located in the city of Mississauga, Ontario, Canada. It was completed in 2008, stands at 142 meters, and has 38 floors, making it the third tallest building in Mississauga as of 2011.

Living Arts Centre ( ~0.51 KM )
The Living Arts Centre is a 225,000 square foot (21,000 m²) multi-use facility which opened in Mississauga, Ontario, Canada in 1997. The Centre is visited by over 300,000 visitors annually, who come to view performing and visual arts programs, attend corporate meetings/conventions, or participate in a variety of community events.

Mississauga ( ~1.14 KM )
Mississauga /ˌmɪsɪˈsɒɡə/ is the sixth most populous city in Canada. Situated in Southern Ontario, it lies on the shores of Lake Ontario.