Form Condos by Tridel in Toronto 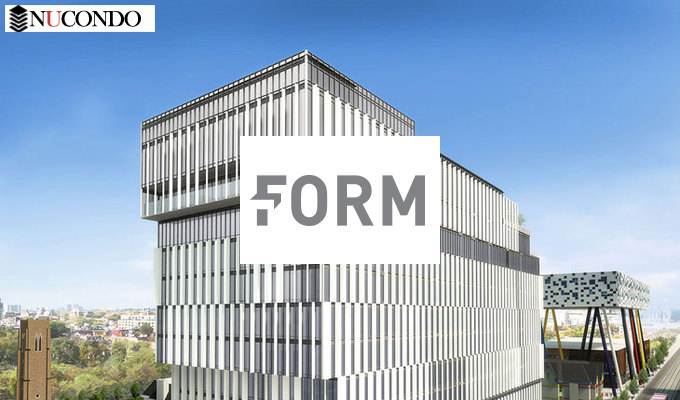 Form Condos has flexible floor plans and many size options.
With variety of amenities, it is made up of Penthouse, 3 Bedroom & Up, 2 Bedroom units.

The unit size is ranging from 492 to 1670 square feet with prices starting from upper 300k.
This is a 14 stories Condo building.

Boldly conceived, beautifully considered, FORM occupies the space between singular landmark architecture and thoughtful urban design. This distinctive masterpiece presents a striking figure on the lively streetscape embodying the artistic energy of its surroundings. Shape your ideal of exceptional living with contemporary interiors, standout finishes and expansive windows – every last detail considered, designed for the way you live.

McCaul Loop ( ~0.04 KM )
McCaul Loop is a turning loop and the western terminus of the 502 Downtowner streetcar line of the Toronto Transit Commission (TTC) in Toronto. It is located on the east side of McCaul Street north of Queen Street West at the Village by the Grange mixed-use development, across the street from OCAD University.

Grange Park (Toronto) ( ~0.13 KM )
Grange Park is a prominent and well-used public park in downtown Toronto, Ontario, Canada, located south of the Art Gallery of Ontario, beside the Ontario College of Art and Design University (OCADU), and north of University Settlement House, at the north end of John Street. The Park lends its name to the Grange Park neighbourhood in the vicinity of the park.

OCAD University ( ~0.15 KM )
OCAD University (/ˈoʊkæd/ OH-kad), formerly the Ontario College of Art and Design, is a public university located in Toronto, Ontario, Canada. The school is within the Grange Park neighbourhood, and adjacent to the Art Gallery of Ontario.

Umbra Concept Store ( ~0.15 KM )
The Umbra Store is located north of Queen Street West at 165 John Street within the downtown core of Toronto, Ontario, Canada.
The building was constructed for the Umbra design company in 2007 to a design by Kohn Shnier Architects.

The Grange (Toronto) ( ~0.2 KM )
The Grange is a historic Georgian manor in downtown Toronto, Ontario. It was the first home of the Art Museum of Toronto.

Grange Park (neighbourhood) ( ~0.23 KM )
Grange Park is a neighbourhood in downtown Toronto, Ontario, Canada. It is bounded on the west by Spadina Avenue, on the north by College Street, on the east by University Avenue and on the south by Queen Street West.

CHUM-FM ( ~0.23 KM )
CHUM-FM is a Canadian radio station licensed to Toronto, Ontario and operated by Bell Media. It broadcasts at 104.5 MHz with a hot adult contemporary format.