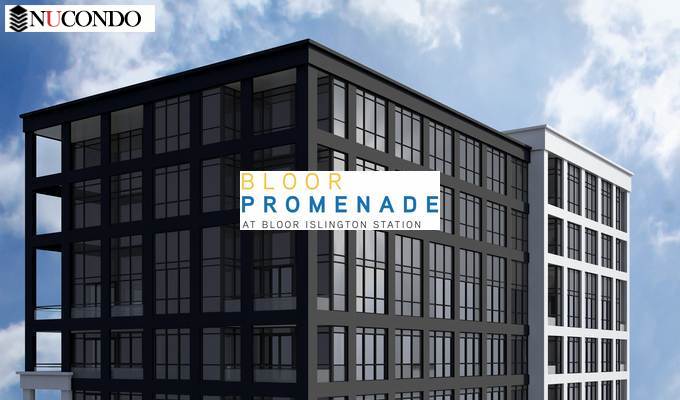 The unit size is ranging from 510 to 1278 square feet with prices starting from upper 200k.
This is a 44 stories Condo building.

A vibrant neighbourhood invites you to actively dine out, shop or simply explore. Feeling energetic closer to home? Check out the over 50,000 square feet of amenities that await to indulge you at Islington Terrace.

Islington Junior Middle School ( ~0.16 KM )
Islington JMS is a public elementary school in the historic Islington neighbourhood of Etobicoke, a suburb of Toronto, Ontario, Canada. It is part of the Toronto District School Board and is located close to the intersection of Burnhamthorpe Road and Dundas Street West.
Islington (TTC) ( ~0.2 KM )
Islington is a subway station on the Bloor–Danforth line in Toronto, Ontario, Canada. It is located on the north side of Bloor Street West on the west side of Islington Avenue.

Islington–City Centre West ( ~0.93 KM )
Islington–City Centre West (also known as Islington Village, Six Points or Etobicoke City Centre) is a commercial and residential neighbourhood in Etobicoke, Toronto, Ontario, Canada. One of four central business districts outside Downtown Toronto, it is bounded by Rathburn Road to the north, Islington Avenue to the east, Bloor Street to the south, Mimico Creek to the west.

The Kingsway ( ~1.2 KM )
The Kingsway is an affluent residential neighbourhood of Toronto, Ontario, Canada. It is located in the former City of Etobicoke, an area that became the west end of Toronto upon amalgamation in 1998.

Royal York (TTC) ( ~1.21 KM )
Royal York is a subway station on the Bloor–Danforth line in Toronto, Ontario, Canada. It is located just north of Bloor Street West on the east side of Royal York Road.

Kipling (TTC) ( ~1.3 KM )
Kipling is the western terminus of the Line 2 Bloor–Danforth of the Toronto subway system. The station is served by buses and subway trains operated by the Toronto Transit Commission and is adjacent to the Kipling GO Station on the Milton line of GO Transit.

Eatonville, Toronto ( ~1.93 KM )
Eatonville is a neighbourhood in Toronto, Ontario, Canada. It is located west of the central core in the former suburb of Etobicoke.