Avani 2 at Metrogate Condos by Tridel in Scarborough 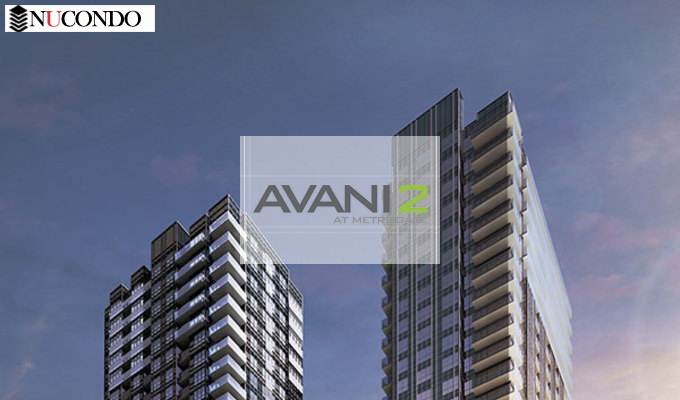 Avani 2 at Metrogate Condos has flexible floor plans and many size options.
With variety of amenities, it is made up of 1 Bedroom, Penthouse, 1 Bedroom + Den, 2 Bedroom, 2 Bedroom + Den units.

The unit size is ranging from 469 to 960 square feet with prices starting from low 200k.
This is a 35 stories Condo building.

Agincourt, Toronto ( ~0.72 KM )
Agincourt is a neighbourhood and former village now within Toronto, Ontario, Canada. Agincourt is located in north-eastern area of Toronto.

Agincourt Mall ( ~1 KM )
Agincourt Mall is a shopping mall located at the northwest corner of Kennedy Road and Sheppard Avenue, in the Tam O'Shanter – Sullivan neighbourhood of Scarborough, in northeastern Toronto, Ontario, Canada. It is named for the adjacent historic village and current Toronto neighbourhood of Agincourt.

Agincourt Collegiate Institute ( ~1.08 KM )
Agincourt Collegiate Institute (known locally as ACI or Agincourt) is a secondary school located in Agincourt, a neighbourhood in the Scarborough area of Toronto, Ontario owned and operated by the Toronto District School Board that was sanctioned by the Scarborough Board of Education prior to merger in 1998.

Midland (TTC) ( ~1.3 KM )
Midland is a station on the Scarborough RT line of the Toronto subway and RT. It is located on Midland Avenue between Ellesmere Road and Progress Avenue.

Ellesmere (TTC) ( ~1.47 KM )
Ellesmere is a station on the Scarborough Rapid Transit (SRT) line of the subway/RT system of Toronto, Ontario, Canada. It is located at Ellesmere Road, between Kennedy Road and Midland Avenue.