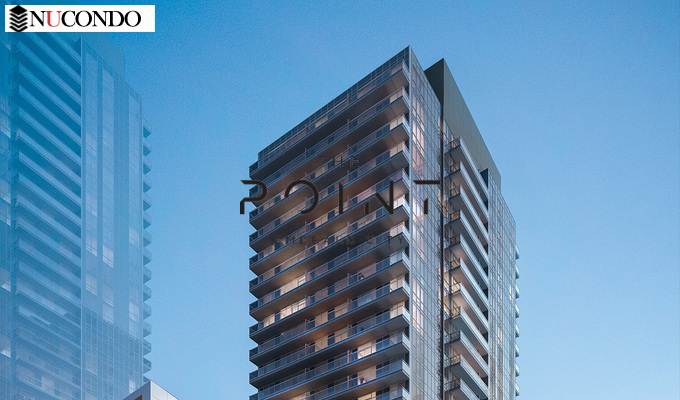 The Point – Emerald City has flexible floor plans and many size options.
With variety of amenities, it is made up of 1 Bedroom, 2 Bedroom, 3 Bedroom units.

The unit size is ranging from 475 to 984 square feet with prices starting from low 300k.

Send Me Details On
The Point – Emerald City

ELEGANT LIVING AT THE CENTRE OF IT ALL

All eyes are on the latest evolution of remarkable condominium design in The Point at Emerald City.
This is beautiful living: intelligently conceived spaces set within an elegantly envisioned ambience in the prime Fairview Mall community.

Summary of this development:

Don Mills station ( ~0.1 KM )
Don Mills is a subway station, which is the eastern terminus of the Sheppard line in Toronto, Ontario, Canada. The station is located at the northeast corner of Sheppard Avenue East and Don Mills Road, within the residential communities of Don Valley Village and Henry Farm, adjacent to Fairview Mall shopping centre.

Parkway Forest ( ~0.4 KM )
Parkway Forest is a neighbourhood in Toronto, Ontario, Canada. It is located in the north of the city, in the former City of North York, which was merged with five other municipalities and a regional government to form the new "City of Toronto" in 1998.

Henry Farm ( ~0.8 KM )
Henry Farm is a neighbourhood in the City of Toronto, Ontario, Canada. It is located in the north central part of the city within the former city of North York.

Academy of Applied Pharmaceutical Sciences ( ~1.14 KM )
Academy of Applied Pharmaceutical Sciences (AAPS) Inc. is an English-language private post-secondary career college specializing in pharmaceutical, food and healthcare training.
Graydon Hall ( ~1.28 KM )
Graydon or sometimes referred to as Graydon Hall is a neighbourhood in the city of Toronto, Ontario, Canada. It is located just south of Ontario Highway 401, West of a nearby neighborhood called Parkwoods, North of York Mills Road and west of the Don Valley Parkway.

Pleasant View, Toronto ( ~1.54 KM )
Pleasant View is a neighbourhood in the city of Toronto, Ontario, Canada that is located in the district of North York at the northern end of the city. It is bordered by Victoria Park to the East, Sheppard Avenue to the South, Highway 404 to the west and the Finch hydro corridor to the north (north of Finch Avenue).