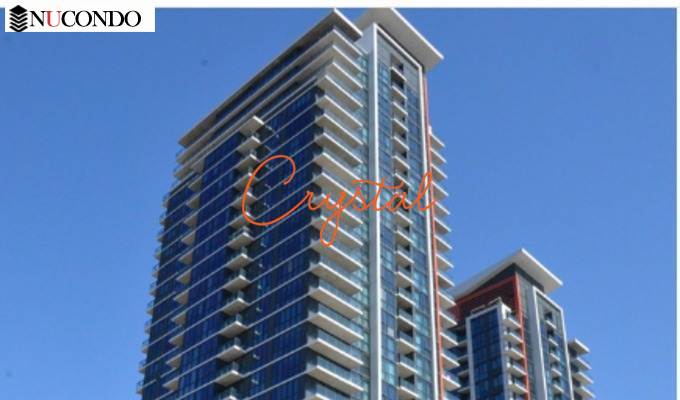 Crystal at Pinnacle Uptown – Tower 2 Condos has flexible floor plans and many size options.
With variety of amenities, it is made up of Other, Penthouse units.

The unit size is ranging from 1356 to 1764 square feet with prices starting from upper 400k.
This is a 24 stories Condo building.

Of all the simple pleasures in life, one that often stands the test of time is the comfort and tranquility of what we call home. Establishing where we live connects us to our family, friends, and the neighbourhood community.

Crystal draws you in, with its kaleidoscope of continually changing shapes and colours, bringing a unique perspective from every angle. Once you are engulfed by Crystal’s surroundings, the luminous glow will be undeniable, becoming a part of your reality. Living in clarity and prestige are finally within one’s
reach.

Mississauga ( ~0.76 KM )
Mississauga /ˌmɪsɪˈsɒɡə/ is the sixth most populous city in Canada. Situated in Southern Ontario, it lies on the shores of Lake Ontario.

Toronto Township, Ontario ( ~1.51 KM )
Toronto Township is a former municipality that today is a geographic township in the city of Mississauga, in the Greater Toronto Area of Ontario, Canada. It is directly to the west (but is not part of) of the city of Toronto, and comprises land that makes up the majority of present-day Mississauga.

CKNT ( ~1.85 KM )
CKNT is a radio station that broadcasts a news/talk radio format on the frequency of 960 kHz/AM in Mississauga, Ontario, Canada.