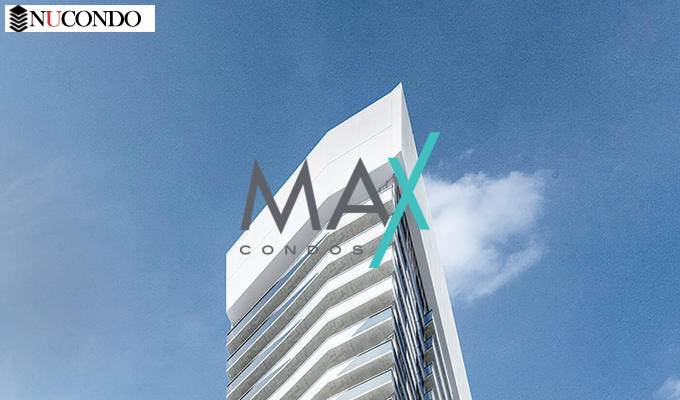 Max Condos has flexible floor plans and many size options.
With variety of amenities, it is made up of 1 Bedroom, 1 Bedroom + Den, 2 Bedroom, 3 Bedroom & Up units.

The unit size is ranging from 430 to 855 square feet with prices starting from upper 200k.
This is a 36 stories Condo building.

LIVE TO THE MAX. DOWNTOWN TORONTO AT YOUR DOORSTEP.
Everybody wants to live life to the fullest. To see more. Do more. Feel more. Enjoy a world of endless possibilities. This is the essence of life at Max Condos. Located just steps from the corner of Church and Dundas in the heart of downtown\'s most central neighbourhood, every aspect of Max Condos has been carefully designed to let you get the most out of life. From spectacular suite designs, to convenient area amenities, you can enjoy a world of maximum possibility and potential here.

Mutual Street Arena ( ~0.07 KM )
Mutual Street Arena, initially called Arena Gardens or just the Arena, was an ice hockey arena and sports and entertainment venue in Toronto, Ontario, Canada. From the time period of 1912 until 1931, with the opening of Maple Leaf Gardens, it was the premier site of ice hockey in Toronto, being home to teams from the National Hockey Association (NHA), the National Hockey League (NHL), the Ontario Hockey Association (OHA) and the International Hockey League (IHL).

Warwick Hotel (Toronto) ( ~0.1 KM )
The Warwick Hotel Toronto was a hotel located at the corner of Dundas Street East and Jarvis Street, in Toronto, Ontario, Canada. It was notable as being the site of significant dance band performances until the mid-1960s, after which it became notable as a location for burlesque entertainment.

Walnut Hall ( ~0.19 KM )
Walnut Hall was a row of four Georgian-style terraced homes in Toronto, Ontario, Canada. Constructed in 1856, it was recognized by both the Government of Canada and the City of Toronto as being of historic significance, but portions of it collapsed and it had to be demolished in 2007 due to neglect.

Garden District, Toronto ( ~0.24 KM )
The Garden District is a neighbourhood in downtown Toronto, Ontario, Canada. The name was selected by the Toronto East Downtown Residents Association (TEDRA) in recognition of Allan Gardens, an indoor botanical garden located nearby at the intersection of Carlton and Jarvis Streets.

Mackenzie House ( ~0.26 KM )
Mackenzie House is a historic building and museum in Toronto, Canada that was the last home of William Lyon Mackenzie, the city's first mayor. It is now a museum operated by the City of Toronto's Museum and Heritage Services.