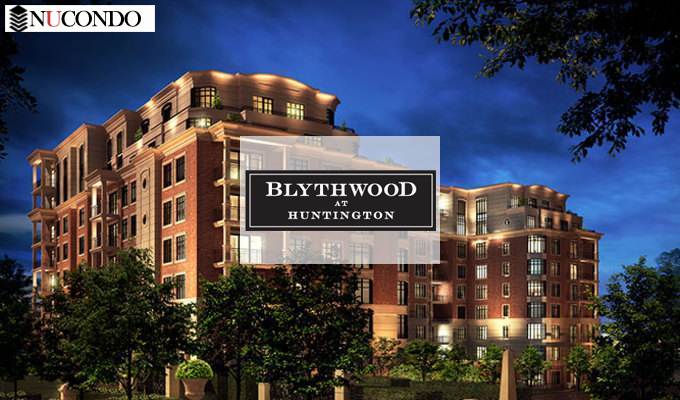 Blythwood at Huntington Condos has flexible floor plans and many size options.
With variety of amenities, it is made up of 2 Bedroom units.

The unit size is ranging from 1443 to 1443 square feet with prices starting from upper 900k.
This is a 9 stories Condo building.

Bayview South Of Lawrence
Situated in a coveted Lawrence Park enclave overlooking the Sherwood Park Ravine, Blythwood at Huntington is within easy reach of the city's best urbane pursuits and amenities along Bayview, in Bayview Village, The Shops at Don Mills, and in the Yonge and Lawrence environs. Wherever you choose to venture, this serene setting serves as a quiet refuge upon your return.
Now Completed & Available For Move-In
The architecturally sophisticated condominium suites, Signature Collection Residences and Grand Penthouses are now completed. Refined finishing details have been addressed in the exceptional amenity spaces and majestic parterre gardens. The magnificent ravine continues to evolve with the seasons, presenting divine, ever-changing vistas. This is truly a setting unlike any other.

CNIB ( ~0.11 KM )
CNIB (French: INCA) is a volunteer agency and charitable organization dedicated to assisting Canadians who are blind or living with vision loss, and to provide information about vision health for all Canadians. Founded in 1918 as the Canadian National Institute for the Blind (French: Institut national canadien pour les aveugles) to assist soldiers who had been blinded in the First World War, CNIB originally offered sheltered care and specialized employment to people with vision loss.

Bridle Path–Sunnybrook–York Mills ( ~0.42 KM )
Bridle Path–Sunnybrook–York Mills is a municipal and census district in Toronto, Ontario, Canada, and is the name officially designated by Toronto City Hall. Traditionally, Torontonians regard this area as five distinct neighbourhoods formerly in North York before it was amalgamated into Toronto in 1998.

Leaside station ( ~0.72 KM )
Leaside, which had a working name of Bayview, is an LRT station under construction on the Toronto Transit Commission's Eglinton Crosstown line. It will be located in the Leaside neighbourhood at the intersection of Bayview Avenue and Eglinton Avenue.

Leaside High School ( ~0.84 KM )
Leaside High School is a school of between 900 and 1000 pupils in central-east Toronto at the corner of Eglinton and Bayview Avenues. Established in 1945, the school is part of the Leaside community of East York.

Lawrence Park, Toronto ( ~0.89 KM )
Lawrence Park is a neighbourhood in Toronto, Ontario, Canada. It is bordered by Yonge Street to the west and Bayview Avenue to the east, and from Blythwood Ravine on the south to Lawrence Avenue on the north.

Metropolitan Toronto ( ~1.15 KM )
The Municipality of Metropolitan Toronto was a senior level of municipal government in the Toronto, Ontario, Canada area from 1954 to 1998. It was created out of old town Toronto, York Township, Scarborough Township and Etobicoke Township.