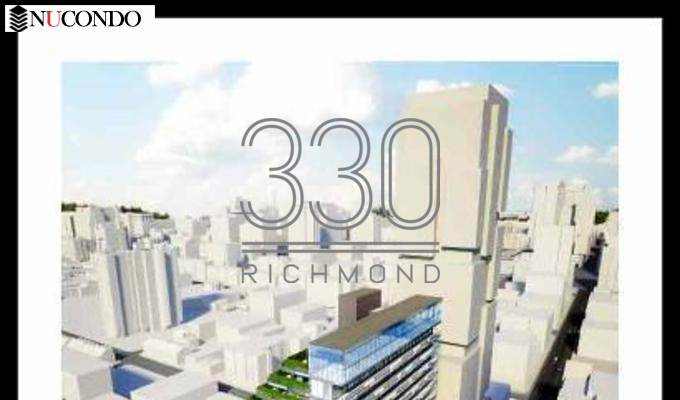 The unit size is ranging from 610 to 1406 square feet with prices starting from low 400k.
This is a 25 stories Condo building.

Queen Street West ( ~0.09 KM )
Queen Street West describes both the western branch of Queen Street, a major east-west thoroughfare, and a series of neighbourhoods or commercial districts, situated west of Yonge Street in downtown Toronto, Ontario, Canada. Queen Street begins in the west at the intersection of King Street, The Queensway, and Roncesvalles Avenue.

CHUM-FM ( ~0.19 KM )
CHUM-FM is a Canadian radio station licensed to Toronto, Ontario and operated by Bell Media. It broadcasts at 104.5 MHz with a hot adult contemporary format.

Centre for Indigenous Theatre ( ~0.2 KM )
Founded in 1974 by James H. Buller, the Native Theatre School was started with the vision that Aboriginal people could create change in Canada through theatre. Buller was a noted opera and musical comedy singer.
The Rivoli ( ~0.2 KM )
The Rivoli is a bar, restaurant and performance space, established in 1982, on Queen Street West in Toronto, Ontario. The club originally earned a reputation as one of Canada's hippest music clubs, and many major Canadian comedy and musical performers have played on its stage, including The Kids in the Hall, Gordon Downie, The Frantics, Sean Cullen and the infamous Dark Shows.
CP24 Breakfast ( ~0.21 KM )
CP24 Breakfast is a Canadian morning television news show that airs on CP24 (the 24-hour local television news service based in Toronto, Ontario, Canada) the show airs weekdays from 5:30 a.m. to 9:00 a.m.
E! (Canadian TV channel) ( ~0.21 KM )
E! is a Canadian English language Category A specialty channel that is owned by Bell Media.

Much (TV channel) ( ~0.21 KM )
Much (formerly and commonly known as MuchMusic) is a Canadian English language Category A specialty channel. It is currently owned by Bell Media.